Jason Isaac is Director of Life:Powered, a national initiative of the Texas Public Policy Foundation to raise America’s energy IQ. Jason has appeared live on Fox Business Network and other national news shows, and his commentaries have been published in Fox Business, The Hill, The Washington Examiner, The Daily Caller, and other publications. He is a regular contributor to The Epoch Times.

Prior to joining Life:Powered, Jason, a fourth-generation native Texan, was elected four times as the State Representative for Hays and Blanco counties in the Texas Hill Country. He served on the Energy Resources and Environmental Regulation committees, among others. During his eight years of service, he successfully passed legislation to reduce taxes, strengthen election integrity, improve public education, preserve Second Amendment rights, protect local groundwater, and protect private property rights.

He was repeatedly honored for his commitment to limited government and proved to be an effective leader, excelling at both advocating for conservative principles and working across the aisle to find responsible solutions for the future of the Lone Star State.

Jason is a graduate of Stephen F. Austin State University and serves as a high school lacrosse coach. He lives in Hays County with his wife, Carrie, and two sons.

February's Speaker
The Honorable Jason Isaac
"What is Social Credit Score, and How Will it Harm Conservatives?

Since July 17, 1962 when the club for Plano Republican Women was founded, we have been working to advance conservative  principles and candidates in Plano, Collin County, the State of Texas and ​Washington D.C.

Our daytime luncheon meeting is planned to make good use of time so members may stay up-to-date on issues in this community and in our country.

We invite you to join Plano Republican Women.

Please come to a meeting for membership forms and answers to any questions you may have about membership. 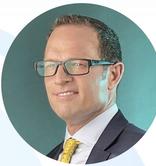 On July 17, 1962, the Plano Republican Women's Club (PRWC) was organized to work for the election of Republican candidates at the local, state, and national levels. At that time, there were no Republican elected officials in Collin County and no Republican women's clubs.

Over several decades, PRWC's efforts at building the Republican Party and working for Republican candidates were important in achieving today's Republican majority in Collin County. In 2002, PRWC changed its name to “Plano Republican Women”.

Our club’s 60th Anniversary was celebrated in July 2022, and we remain committed to being an active, vibrant organization of capable women who offer time, talent, money, and leadership toward the election efforts of Republican candidates at the local, state, and national levels.

​​PRW meets on the 3rd Tuesday of every month

(except June, July and December)

To RSVP send an email to:
​​rsvp@planorepublicanwomen.org
​​
We welcome guests and visitors to our General Meeting. Members, please bring a friend!