On July 17, 1962, the Plano Republican Women’s Club (PRWC) was organized to work for the election of Republican candidates at the local, state, and national levels.  At that time, there were no Republican elected officials in Collin County and no Republican women’s clubs.

During the next two decades PRWC’s efforts at building the Republican Party and working for Republican candidates were important in achieving today’s Republican majority in Collin County.

In 2002, PRWC changed its name to “Plano Republican Women” and celebrated its 40th anniversary, continuing its tradition as an active, vibrant organization of capable women who offer time, talent, money, and leadership toward the election efforts of Republican candidates at the local, state, and national levels.

Plano Republican Women is an American political club, bringing together women to positively impact the direction of our nation.  We come together as a collective force advancing the power of women through political access and participation.

Our mission is to see women from all age groups and walks of life as key players at the political table on national, state, and local issues.​

We Believe  our strength comes from diversity of opinion, experience, and culture.

We Believe  in the power of grassroots political activism.

We Believe  our legacy is developing political leaders for the future.

We Believe  women are the powerful force for change in the 21st century.

We Believe  in a government that requires personal responsibility while protecting the rights of the individual.

when women work we win 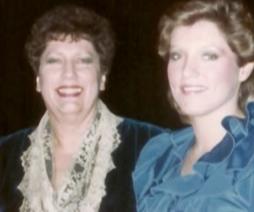